In her latest fashion film, ‘Bello’, Monica Menez tells a frivolous and catty story about a classic love triangle, where a housemaid takes revenge on her employer. A film full of bizarre situational comedy and surprising dance elements. The accompanying photo series expands on the story with further spicy aspects revolving around the confusing web of relationships.

S Magazine: How did the ‘Bello’ story come about? It’s a complex and complicated, multi-layered relationship between three people with an unexpected resolution. Do ideas like this take a long time to mature or do they just come to you?
Monica Menez: Music is one of my most important sources of inspiration, where I repeatedly come up with new ideas for films that I want to produce. ‘Bello’ is one of them. This time I wanted to do something with dance, with echoes of old Hollywood musicals.

How does one come up with titillating details such as, for example, the apple being rubbed under the armpit before it gets eaten?
I often include quirky and bizarre elements in my films – and I have no problem with them being yucky at times. In ‘Bello’, the housemaid wants to get one over her employer – so I wondered about the kind of mean things she might come up with. Because she has to work a lot she also sweats a lot, so that gave me the idea that she could rub an apple under her armpit. I found the combination of both elements very appealing.

Men often play a secondary role in your films, and that’s also the case in ‘Bello’. What role do the women play?
‘Bello’ is all about the competition between women – how catty and mean they can be to each other in situations full of jealousy and resentment. In the film, the housemaid asks herself how she can get even with her detested employer. In fact, I already noticed this in the reactions during the first screenings – women knew immediately what it was all about. The men, on the other hand, couldn’t at first understand the housemaid’s behaviour.

How do you find your protagonists? They’re not just models in the classic sense of the word, as they also have a talent for dance and for acting.
According to how I want to tell a story, the performers need to have certain talents so that my ideas can be realised. In the case of ‘Bello’, it was important that the lead be a good dancer, which is why I cast a musical performer for the role. The male protagonist is a professional ballet dancer, the wife is played by a model. So I cast the performers according to the needs of each role. On the whole, for my films I use models with a strong presence who also have a degree of acting talent.

How would you describe your imagery? What are its particular features?
I have an extreme weakness for colours. It’s important to me that the imagery has harmonious colours and that there is an overall concept that conveys a certain mood. What’s more I have a preference for everything “retro”. I don’t fix on any one particular era nor try to reconstruct it 1:1, but rather I combine elements from different decades.

What role does fashion play in your films and photos?
Fashion plays a very important role – but it’s not the only one. I always try to make sure that the fashion suits the story and not the other way round. It’s important that the relationship is right.

You produce photographs that accompany the film, but they don’t tell the story. What is the relationship between the film and the photos?
The photo series that accompanies the film isn’t supposed to tell the story but rather further develop it and show other angles. The ‘Bello’ photo series, for example, reveals a different perspective to the relationship between the two women. Here I show that the housemaid is mistreated by her employer. In this manner, the photo series explains the housemaid’s behaviour.

‘Bello’ has been submitted to some renowned international Fashion Film Festivals and has already been nominated in certain categories.
Submissions for festivals are still running at the moment. At the Mercedes Benz BOKEH Festival in South Africa, however, ‘Bello’ has already been nominated in the Best Director and Best Hair categories. The festivals in the USA and Argentina are still in the nominations phase.

You used professional film lenses by CW Sonderoptik on the Leica SL. How did that impact your work?
At first working with this combination was unusual, but I very quickly fell in love with it: the handling of the Leica SL and the film lenses is very uncomplicated and, what’s more, I really like the special film look that it creates. I can easily imagine using this equipment again for my next project.

What plans do you have for the next 12 months?
There are a few large photo projects ahead, where moving pictures will also come into play. Then I’m also planning at least one or two fashion films – production should be starting in autumn. 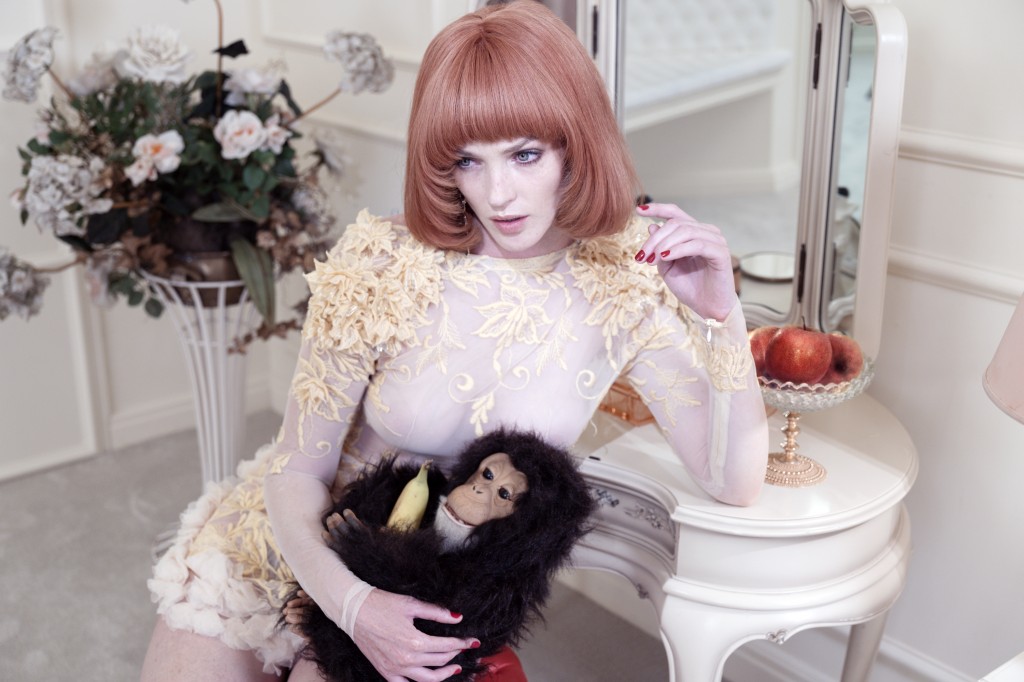