BAFTA Qualifying Aesthetica Short Film Festival (ASFF) 2015 Programme Announced
The BAFTA Qualifying Aesthetica Short Film Festival (ASFF) announces its programme for 2015, with an even bigger line-up of films, masterclass sessions and networking opportunities to celebrate the festival’s 5th anniversary.
ODDITORY by MONICA MENEZ was selected out of over 1,700 films to screen as part of this year’s Official Selection.
With over 300 films selected for screening across 11 categories including advertising, animation, artists’ film, comedy, dance, documentary, drama, experimental, fashion, music video and thriller, as well as a record number of 24 masterclasses and panel discussions, ASFF’s fifth anniversary edition is set to be one to remember.
Taking place from 5-8 November, the festival returns to the historic city of York to host a stunning selection of world-class, innovative works and offers audiences the chance to view an exclusive series of UK premieres. Calling upon the talents of both established and emerging filmmakers, ASFF proudly champions and supports independent film from across the world, and this year welcomes special screenings from guest countries China, Brazil and Cuba.
For the 5th edition, the festival takes the time to reflect on an ever-expanding programme. In five years, it has screened over 1,500 films from more than 65 countries and hosted hundreds of masterclasses, networking sessions, parties, and more. Since gaining BAFTA accreditation in 2014, ASFF has also been able to offer the added bonus of eligibility for the BAFTA British Short Film and Animation Awards to all films in the Official Selection.

This year, the universal appeal of film and storytelling shines through in a range of traditional and contemporary genres including fashion and advertising, which return after a successful debut in 2014, and dance, which is showcased this year as an independent film strand.

The festival celebrates past winners in carefully curated 5th Anniversary screenings, as well as outstanding film in the French language. It also plays host to a special showing of Simon Armitage’s and Richard Heslop’s film The Raft and reunites with Creative England for a selection iShorts films.

Alongside this, the festival’s accompanying events also provide excellent networking opportunities and include Meet the Film Festivals. This enable audiences to connect with programmers from organisations such as Raindance, London Short Film Festival, Dublin International Film Festival, Berlin Fashion Film Festival and more, and find out exactly what festivals from around the world are looking for while expanding their contacts list.

Transforming the city’s most iconic locations through cinema, the festival invites viewers of all ages to create their own unique viewing experience and discover new film from a global filmmaking community. The 2015 programme offers film lovers the chance to experience their favourite genre while discovering something new, and includes a dedicated family friendly programme for younger audiences. 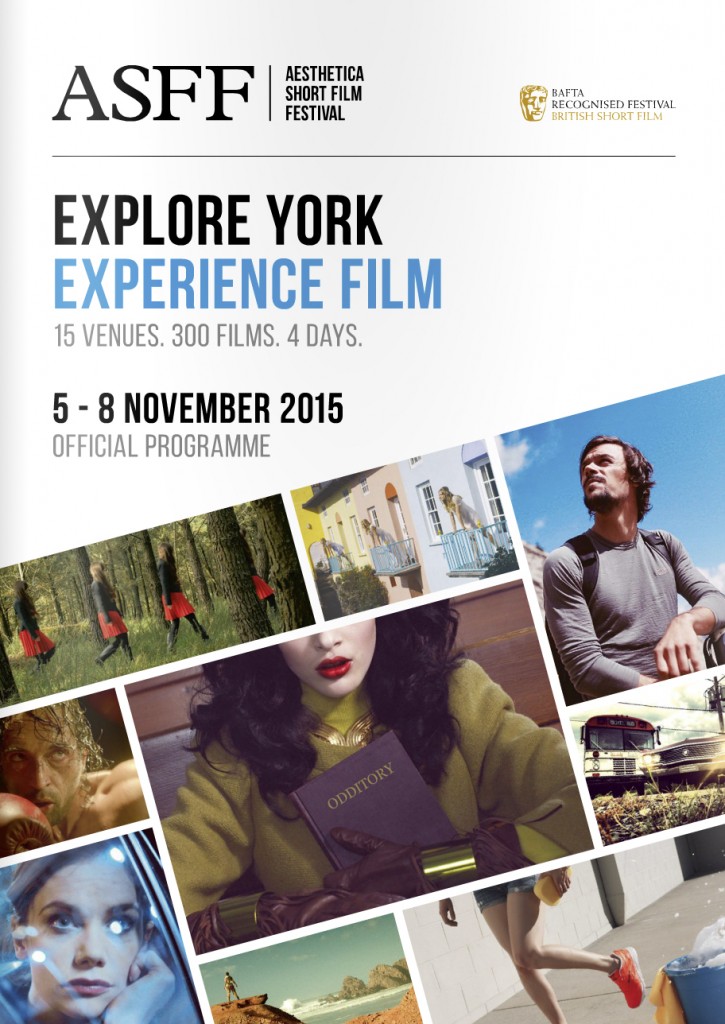